The Chancellor confirmed the income tax allowances and rates for next year that were announced at Budget 2016: the main tax-free personal allowance will be £11,500, and the threshold for 40% tax will be £45,000. Other allowances and rates are set out in the accompanying rate tables. The Chancellor also confirmed the Government’s intention to raise the personal allowance to £12,500, and the 40% threshold to £50,000, by the end of this Parliament.

From 6 April 2017, the National Insurance thresholds for employers and employees are to be made consistent at £157 per week (they are currently £1 apart at £155 for employees, £156 for employers). Failing to increase the employers’ threshold by the usual amount will increase the amount payable, but unifying the amounts should simplify administration.

Class 2 NIC are to be abolished from April 2018. As some benefit entitlements are dependent on these contributions, self-employed people will need to consider how they will continue to qualify. The Chancellor said that this could be achieved through paying Class 4 NIC on profits or voluntary Class 3 contributions (which are substantially more at present than Class 2 NIC).

From April 2018, the Government will remove NIC from the effects of the Limitation Act. This will align the time limits and recovery process for enforcing NIC debts with other taxes, and appears to be related to measures to collect tax on loans made in the past to beneficiaries of employee benefit trusts.

As previously announced, from 6 April 2017, new trading and property allowances of £1,000 each will be introduced for individuals with low levels of income from these sources. It will simplify the system for both taxpayers and HMRC if small amounts of income can legally be ignored, rather than requiring a tax return for a trivial liability. In 2017/18, a basic rate taxpayer will have separate tax-free allowances of £1,000 for savings income (bank interest), rental income and self-employed income, and £5,000 for dividends. 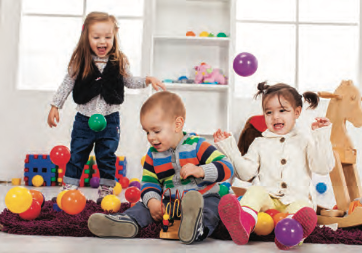 New tax-free childcare accounts were announced in 2014 to replace the employer-provided childcare voucher scheme. Introduction has been delayed by legal disputes involving organisations involved in administering the existing scheme, but the new accounts will at last be introduced on a trial basis in early 2017 and rolled out across the country based on the results of the trial. The rules are complex, but where both parents work and earn £115 per week, they will be able to put up to £8,000 a year into an account which the Government will top up with 20p for every 80p contributed by the parents. This account can only be used to pay for childcare.